Many cryptocurrencies, including Bitcoin, have a fixed supply and achieve this by halving the mining rewards at regular intervals. This reduces the distribution of coins affecting supply and demand for the cryptocurrency.

The previous halving for Bitcoin happened on 11th of May, 2020 at block height 630,000. It will happen again in 2024, then 2028 etc. However it's not just Bitcoin that has a halvening event. Check out the cryptocurrencies below and their halving dates.


Next Coin To Be Halved:

Bitcoin and other cryptocurrencies distribute their digital coins via miners who contribute processing power to the network. Bitcoin has a limited supply of 21 million bitcoins which means that it is not possible to provide mining rewards forever. Every 210,000 blocks in the blockchain (which takes about four years @ 10 minutes per block) the mining reward is cut in half. This is coded into the distributed software known as a node. All the miners use the same node software which includes a fixed schedule of diminishing mining rewards. The first halving happened in November 2012 when the initial supply was cut from 50 BTC per block to 25 BTC. 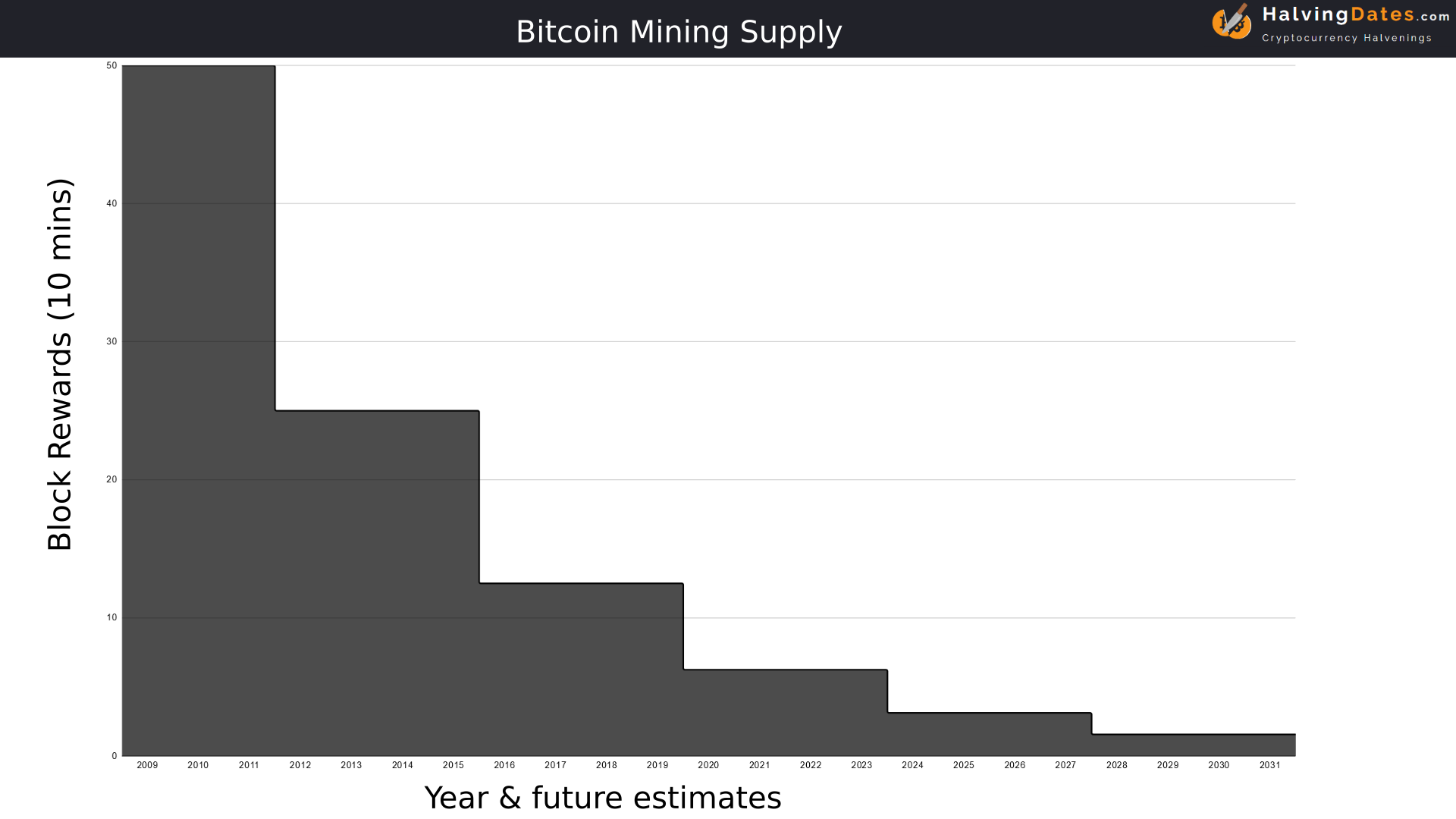 How do halvenings affect the price?

Price is determined by supply and demand on 3rd party exchanges such as Binance and Bitmex. Halvenings effectively cut the supply in half which over the long-term should cause a price increase. However halvenings are often used as an event for high volume margin trading which can cause exceptionally high volatility.

This is a chart which shows the price inflation after the previous halvening in 2016 when Bitcoin was priced at $654 USD. 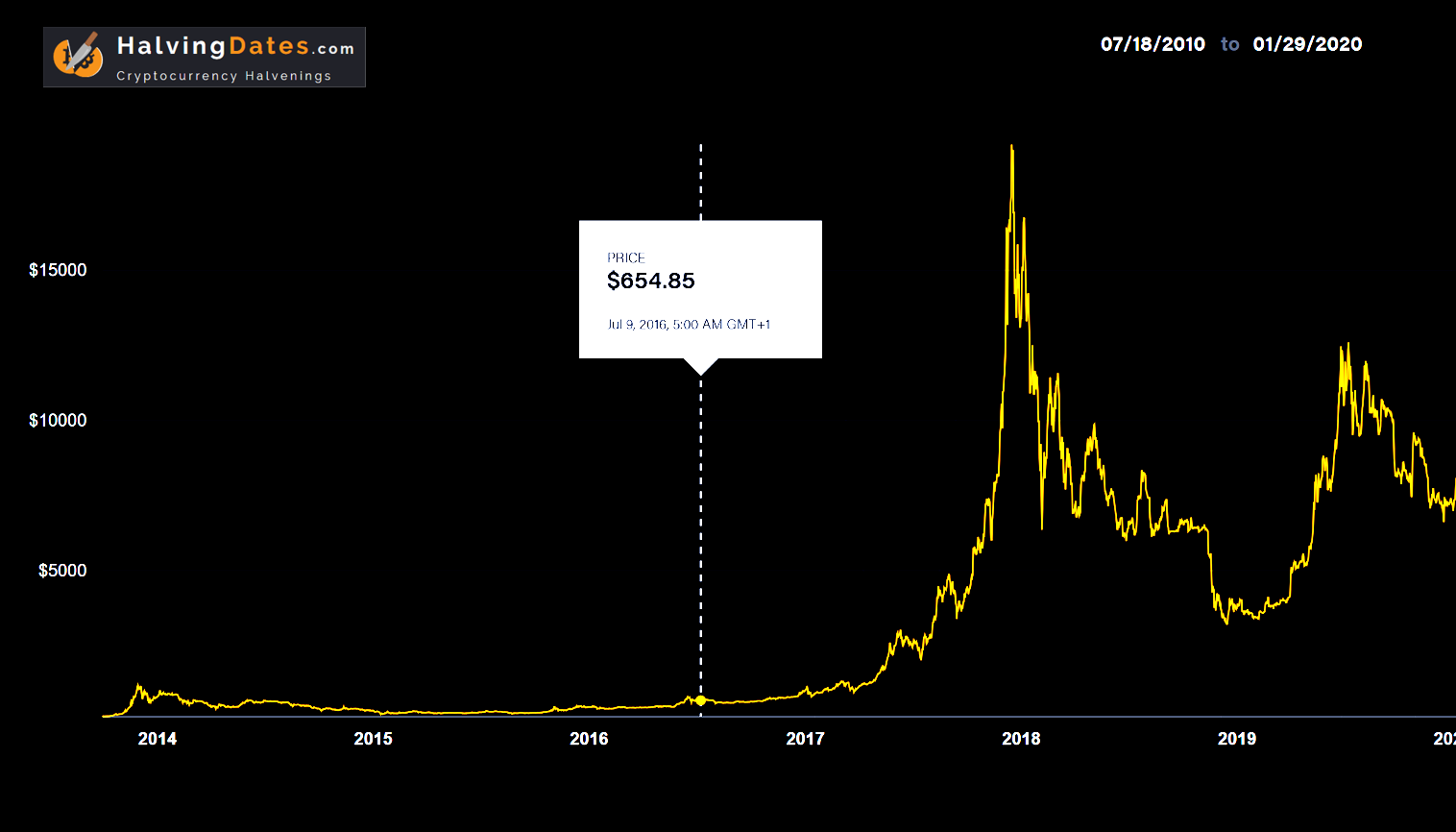 So what will happen during the next halvening? Noone really knows but Greyscale associates offer this assessment.

“For investors with a multi-year investment horizon and a high-risk tolerance, the confluence of discounted prices, improving network fundamentals, strong relative investment activity and the upcoming halving may offer an attractive entry point into Bitcoin.”

How is mining affected?

Miners are fully aware of upcoming halvings and are able to plan ahead with their equipment purchases. As mining rewards have halved in the past the value to USD and other fiat currencies has risen enabling miners to operate profitably and continue providing the processing power to secure the blockchain. Eventually transaction fees will play a bigger role than mining rewards for the miners as halvings and increased transactions from higher adoption adjust the earnings ratios.

Where can I buy Bitcoin?

You can purchase Bitcoin from Coinbase if you are based in one of the following countries:-